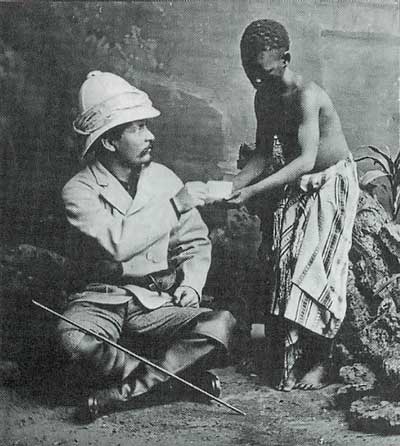 Many conferences have been conducted on this topic. Well, not directly (that would probably be more helpful). But Anthropologists do enjoy centering discourse around who should and should not be conducting research. I have since forgiven EPIC for the first Ethnography in Praxis Conference during which a near fist-fight that broke out over who “owns” ethnography. And EPIC has been much more welcoming toward design researchers since. But what EXACTLY are they defending? It’s very difficult to know what you don’t know. So us “outsiders” are often still in the dark. But the truth is, we can learn a great deal from the ethical and bias-lessening techniques of Anthropologists and Psychologists.

Many universities offer Psychology 101, and I think all Design students should take this, but few offer Anthropology 101. As a result, the fundamentals of Anthropolgy and Cultural studies have eluded me for the first 10 years of my career as a design researcher.

Last week, literally while in the middle of an ethnographic observation, I stumbled upon a book that helped tremendously. I was observing a college student, and during her two-hour homework session in the library, I needed something to occupy my attention, to remove some of it from the back of her head. I wandered over to the Education section (because it was fairly close) and found a book by Rebeka Nathan, “My Freshman Year: What a Professor Learned by Becoming a Student.” This book caught my attention because of the topic, but after reading her introduction, I flipped next to the back of the book, where the author reflects on the ethical dilemma of conducting research under cover. I learned from her discussion the careful ethical considerations that Anthropologists are taught that helped me to add integrity to my own research.

– Misrepresenting oneself to the culture being studied is inherently disrespectful. This was interesting to me, because often we do not want to reveal what the focus of our research is. So this discussion made me step back to make sure that I am not pretending or lying in my current research. I am not revealing the company that I work for to my participants, to help prevent bias, but I have been clear with them upfront why that is. In fact, my LinkedIn profile currently states that I work for “An Internet Company in Silicon Valley” and I point participants to that for credibility.

– Obtaining information under false pretenses. This sounds evil, but it can actually happen quite easily. For example, my participant had a Skype conversation with her best friend while I was observing her. I sat in the room, but was generally out of view of her friend. My participant did not point out my presence to the friend, and I wanted to observe a conversation as naturally as possible. But because that friend did not know that the conversation was being “recorded” (only note taking), I cannot ethically use the content of the conversation in my research. I will record the fact that it HAPPENED. But I won’t use quotes from it.

Participatory Innovation: The next stage of Design Research